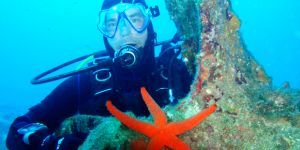 Diving safari with M/Y Agramer I starting and finishing port are Jadranovo, near Rijeka and Zadar in central Adriatic, or any other port agreed previously.

After boarding we head towards the south among the numerous Croatian islands, where different attractive diving locations are on our disposal. The diversity of locations of the Croatian part of Adriatic Sea such as, ship wrecks, tunnels, caves, walls with various flora and fauna will not leave indifferent neither advanced or beginner divers.

The exact location of diving are agreed in common (by the commander, head diver and diving group), and according to the present weather conditions and qualifications of the certain group.

WE CAN OFFER YOU FOLLOWING DIVING ROUTES

Diving safari is a completely different type of holiday, pleasure relaxation and adventure in one. Relax and join us in a new day on board M/Y Agramer I.


Northadriatic route covers approximately 220 nautical miles of sailing between the very diverse and picturesque islands of the northern Adriatic Sea.